Successful Interview. How (not) to Fail?

This article shares valuable tips to face your next job interview. We all want to know how to be successful in an interview, and to do that, it’s important to watch out for the following common interview mistakes. This will give you more confidence in your chance of landing that dream role.

Best Practices: How to prepare for interview

Did you know that on average, only one in six interviews end up with a job offer?

Here are some common interview mistakes that people can make when thinking about how to go in for an interview. Take note, because they may seem simple and like common sense, yet some people will surely be making these mistakes and damaging their chance of being that 1 in 6 successful person who gets the job.

Information about the company

We know that it’s important to go into the interview with some knowledge on the company you’ll be working for, but that does not mean focusing on details that actually have no relation to your role.

So if you find yourself on the company’s website, don’t focus on things like errors in their web design, or judgments about their writing copy or images. Sharing this with your interviewer won’t impress them at your level of error-spotting, it will make you come across as arrogant and really just missing the point, even if you have strong attention to detail and want to give your opinion – it’s not worth it.

Successful job interviewing really does start the moment that the interview is being scheduled. You’re already making the first impression before they even see you, in how organized and professional you are when you are setting the interview.

Don’t reschedule your interview, unless something absolutely urgent comes up.  Here’s what to know in how to schedule: Go with the time that the interviewer suggests and if it doesn’t work for you, provide many different options for times that work. This will ensure that you come across as accommodating and organized in your own professional schedule.

Tip 1: Hiring expert Rusty Rueff, when writing for Glassdoor, advises you to choose the time that primarily suits the interviewer himself, not you. If the recruiter provides choices that include early morning or late evening, try to avoid the start and end of the day and choose late morning or early afternoon instead. This will ensure that your interviewer doesn’t forget you by the end of the day, and also that they aren’t too tired right at the finish of their working day when they interview you.

Below are the key points to remember in your preparation for your interview.

Best practices: How to dress for an interview

Do not dress casually and show a lot of skin

If you’re a woman, don’t go overboard in full-on makeup, as it may seem a little over-done for the role. Also, keep your hair tidy, thinking about the role that you’re going for and how you might be expected to do your hair (out and fashionably styled? Or clean and pulled back?)

Tip 2: According to a Career Builder study among HR managers, the colors of a candidate’s clothing will actually make a different impression in an interview. About 23% of interviewers recommend choosing blue shades, which can indicate that the candidate is a team player. Wear something black to show your leadership potential. Additionally, 25% of the interviewed HR-managers say that the worst shade of clothing for an interview – orange – is a sign of an unprofessional candidate.

The best way to dress for a successful interview

The following successful job interviewing tips on how to dress will make sure you’re making a professional and positive impact.

Best practices: When you arrive at the interview

Again, when thinking about how to be successful in an interview, know that it is not just the sitting down talking part that is important. If you only think about that part and disregard how you are showing up to the interview, this won’t look good.

With this in mind, don’t be late. If you know that you may be late due to something out of your control (like public transport breaking down or something else urgent) then call ahead. Also, if your interview is scheduled for 1:00 pm, do not arrive at 1:00 pm. As ‘on time’ is also considered late in this kind of scenario.

Tip 3: Mastering the art of casual conversation is going to be great for your interview. In a recent study conducted by the Georgia Institute of Technology and Texas Universities, candidates who were able to support small talk before the interview, received higher ratings than those who didn’t make any small stock. This indicates that small talk is a great first impression that you can make on the interviewer which could affect their subsequent decision of hiring you.

What you should do when you arrive at the interview?

The following tips are going to give the best impression to the interviewer in terms of how professional and interested in the role you are.

Best practices: How to behave in an interview

Successful job interviewing requires the ability to balance speaking and listening, answering questions in a confident manner, and really just showing up as your best self.

Below are some of the common ‘types’ of interview behaviors that are definitely not going to help you land a job. Make sure you’re not playing one of these roles in your upcoming interview.

Tip 4: Though it won’t be helpful to make too many hand gestures, don’t underestimate the power of gestures in also creating a positive impact. In an article for Business Insider, Shana Lebowitz explains that open palms indicate sincerity. Moreover, if the candidate holds his hands mainly with his palms down, this indicates his dominance, and if he taps his fingers, that expressed impatience. In general, know that excessive use of gestures can distract from the essence of what you say, and open body language can help to develop trust with the interviewer.

Tip 5: The University of Guelph in Canada conducted a series of studies that sought to find out why neurotic and anxious candidates were not invited to roles that they applied for. According to the results, the main reason is the fact that overly excited and nervous-looking candidates do not give the impression of confidence and assertiveness.

Tip 7: You can easily steer your revolutionary nature in the right direction and project it into energy and enthusiasm. As Jonathan Golding and Anne Lipert note in their study for Psychology Today, candidates with a high degree of energy and emotionality, which is expressed in a passionate (but not over-the-top) way, will more often get jobs than their calmer and more melancholy rivals. 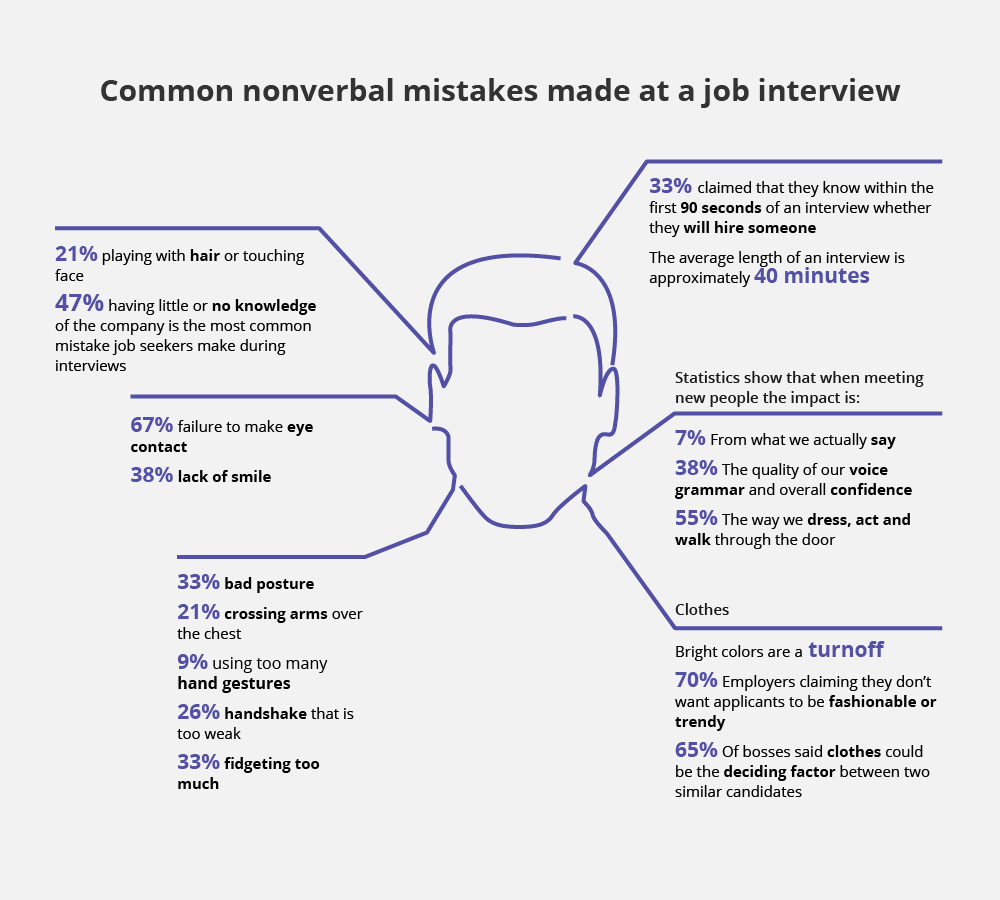 The best way to behave during the interview

It is important to remember that generally, there are three types of interviews:

Depending on which interview you are taking, the way you interact will vary. The following tips, however, are still going to be valuable for how to be successful in an interview of any of the three types.

How to get a video call interview on Skype

For conducting remote interviews, Skype is often used (as a generally accepted tool), as well as video conferences from Google Hangouts or other messengers.

Here, the main stumbling block is usually a poor-quality connection. To ensure a good connection and an interview that won’t be disrupted, don’t skip a test call. Make sure the camera and microphone are set up properly and also have a neutral background and be in a space that doesn’t have loud or distracting sounds.

Tip 8: Check the speed of the Internet (for example, via https://www.speedtest.net/ or https://speedtest.net.ua/). For a comfortable video call, you need at least 8 Mb/s, and for audio – 3 Mb/s. It’s actually better to postpone the call than to conduct it with a poor connection, but try not to do this last minute, as that will seem like you were unprepared.

Remote interviews will also benefit from the same points as the normal interviews – smile, look neat, keep eye contact, speak slowly, and behave confidently. Keep a notebook and pen on hand to write down important notes, and let the interviewer know that you are doing this at the start of the interview. Also, in a notebook, you can write out a list of questions that you need to ask so you don’t forget anything. During a remote interview, you can peep at the “cheat sheet” as much as you like, which is a plus!

Best Practices: How to behave after the interview

counting”, the most important are the first ten minutes, after which there is often no reason to add  Just because the interview is over does not mean the process of the interviewer considering you is over, so be mindful about how you are behaving after your interview, as that is something people can miss when thinking about how to go for interview meetings.

Even if you feel like you’ve had a successful first 25 minutes of the interview, it could all be ruined in the last 5 minutes if you’re not careful, or even after the interview is over in terms of how you act in the follow-up process.

Don’t call the employer immediately after the interview to ask for their answer. The same goes for a follow-up email. You can email to express your gratitude, but don’t ask about their decision the same day of the interview.

Tip 9: On average, an employer will make their decision anywhere from 24 hours after the end of the interview to up to two weeks. Want to know what the employer is really looking for? According to statistics provided by the Interview Success Formula, employers are looking for candidates with multitasking skills, creative thinking, and strong initiative. 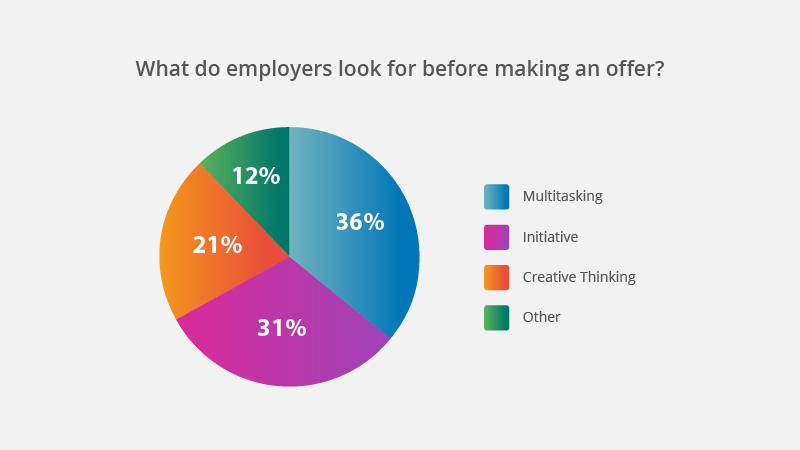 How to best behave after the interview

Tip 10: The results of a study published in SAGE Journals show that candidates often underestimate the power of follow up emails that express appreciation. They can go a long way, so don’t forget this simple, but important step.

How to be successful in an interview: In summary

Tip 11: An interview is not only an opportunity to prove oneself but also to learn more about the company that you’re looking to work for and what the role would be like if you were to get the job. 61% of employees surveyed say that the reality at a new place of work differs significantly from the expectations that arose during the interview. This means that the interview is a way for you to be able to walk out more clear about what to expect in this job, as you learn more than when you walked in.

Remember that during the interview you are presenting yourself not only as a professional prospect but also as a person. Show your personality, be confident, speak with conviction, and remember the tips shared above, and you’ll be on your way to successful job interviewing, and maybe even your dream job.

How to Write a Cover Letter? Classic and Creative Examples

What Personal Qualities to Put on a Resume? 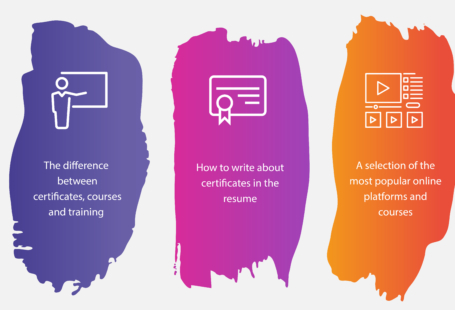 How to List Certificates, Courses, Awards and Additional Education on a Resume 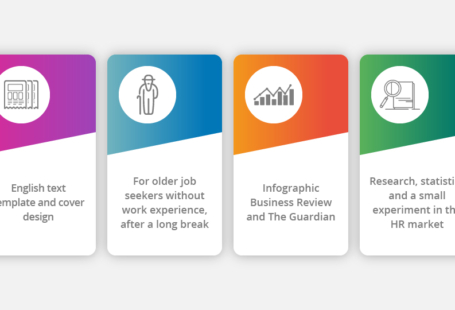 How to Write a Cover Letter? Classic and Creative Examples 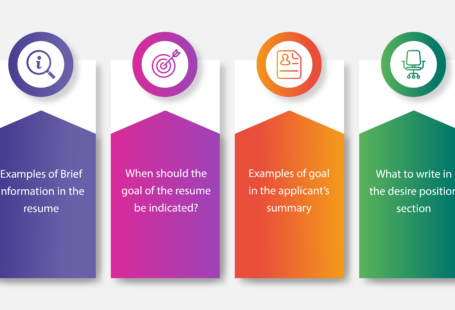